Fifteen years of Parents’ Voice – how have we grown since 2005? 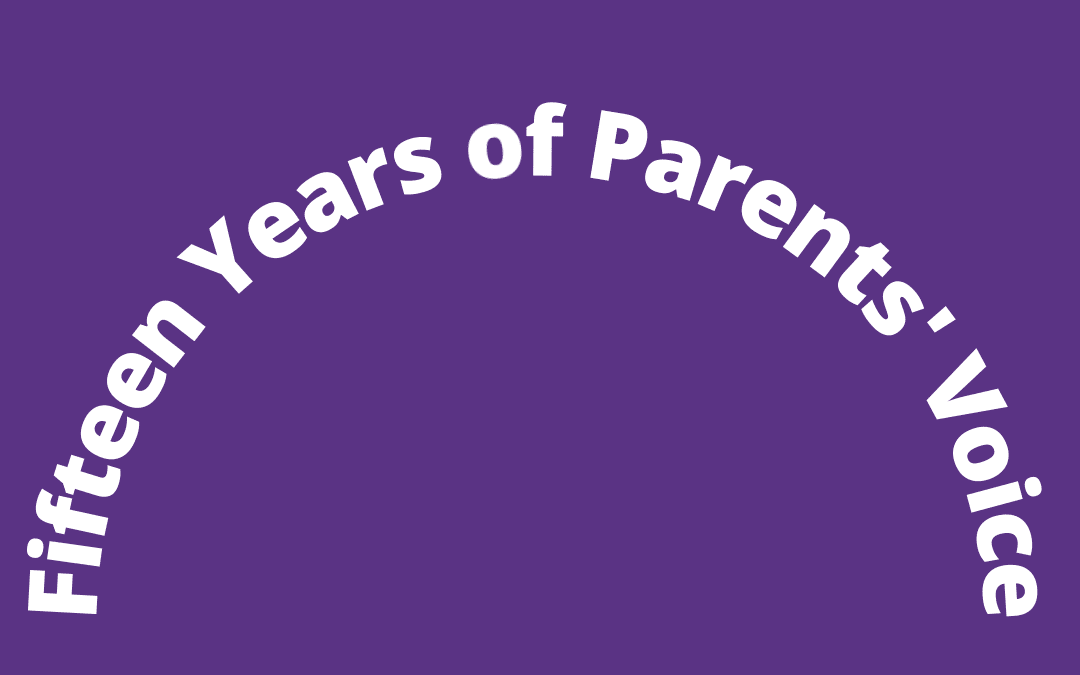 We’re 15 years old! The Parents’ Voice Steering Group met on 17th November 2005 and the rest, as they say, is history.

Well, maybe not. There have been some challenges in those 15 years, and a few occasions when we’ve struggled and wondered whether we could/should carry on. Over the years we’ve adapted and changed, but one thing has stayed the same – our aim to make a difference for parents and their families in Worcestershire. Maybe that’s the reason we have pushed through those difficult times and are still going in 2020.

We used to find it difficult sometimes to explain to people what we did (and why); it’s not always straightforward now!  So here are 15 short facts about Parents’ Voice which we shared on social media throughout November:

What can we add to all that? There are other things we could tell you about, but the 15 points above give most of the major highlights.

So, summing up: Parents’ Voice began as a small consultative group of parents. Once we recruited more members/supporters we began encouraging them to have their voices heard by individually taking part in consultations etc.  We all need accurate information, especially  to give meaningful views – but it goes beyond completing questionnaires or surveys or taking part in focus groups. Parents always need information (at various times in our family lives), and when we began sharing useful information it was obvious that many parents found it really useful and went on to share the information with others.  It’s no surprise that this year our Coronavirus information page has been extremely popular.  As we said, informed parents are empowered parents!

15 years on in 2020, we now reach thousands of parents and family carers through our emails, this website and social media (not bad for a tiny group of volunteers).

We are looking forward to the next 15 years and we hope you are too.  Thank you for your support, we always appreciate it.